I created this infographic to try and raise awareness of the rewards and opportunities that exist in the world of tourism.  The numbers that are provided come from the website of the UNWTO. 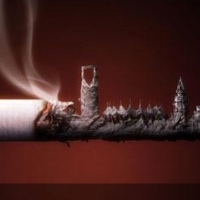 Photoshop from the beginning

As the semester comes to a close here at the University of Utah as well as my Electronic Marketing class, I have learned a great many things.  I have had the chance to work in both Photoshop and Flash.  However, the one thing that I have learned the most is that I Photoshop has endless possibilities in what a person can do with text, image, and video.  In order to market oneself in today's economy it is almost essential to have working skills and knowledge in Photoshop.  As of right now though, for lack of a better word, I "suck" at Photoshop.

But there is still hope for me and others like me.  There are sites that focus on providing the public with tutorials on how to increase one's Photoshop skills.  The article I will be referring to here is called, "10 Steps to Improving Your Photoshop Skills by Steven Snell.  I only want to focus on few out of the 10 that I think most apply to a beginning like myself.  The first thing Steven recommends is to follow specific sites and their tutorials that you find useful because there are just to many sites out there and endless amount of tutorials.  So find a site that works for you, bookmark it, and visit it often to see what new tutorials are out.  The second thing that he recommends is to simply experiment.  I know that I have spent hours in the computer lab on just trying to do different things with one just one image.  It's easy to combine a layer here and add a filter there and see what you come up with.  Steven suggests that after you watch a tutorial try to then apply it by going and experiment with what you just learned.  The last point of his I want to focus on is to "Focus on the Fundamentals."  Getting ahead of yourself and becoming frustrated it easy to do when working with Photoshop because there are so many tools and functions to choose!  I know!  I've been there!  I think that's why this piece of advice of focusing on the fundamentals is especially important.  If you can really master the more simple or beginning tools then you will have a better foundation of Photoshop skills that will hopefully help you in not becoming discouraged and giving up.  Photoshop is too essential to just give up on.  From using it to edit a photos you took at a wedding to using it in your job on a daily basis, it is a powerful tool to all those that choose to embrace it.

Is the use of Photoshop in magazines unethical and damaging to their readers?

Smile and Say 'No Photoshop' is the name of the article that I came across today. It was published in The New York Times in May 2009 by Eric Wilson.  While I am learning how to use Photoshop in my Electronic Marketing course at the University of Utah, this articles deals with the abuse of Photoshop when it comes to women and they're image.  Certain celebrities have voiced their concerns and have taken legal action when it comes to the alteration of their bodies to which they did not give consent.  Many are arguing that this is all contributing to the unattainable figures and looks that young impressionable girls and women are fed every time they pass magazine rack or receive a magazine in the mail.
Lee Swillingham is now the creative director of Love magazine but when he worked at The Face he coined a term, "hyper-real." Lee and other compiled a series of photos where part of the model's bodies would be so altered and distorted that it was obvious that it could not be real.  The goal I believe, is to create a satire of photos that demonstrate just how much digital alteration is taking place in our society and that what you see on magazine covers are not always a realistic view of the model.  A man by the name of Mr. Lindbergh promotes and insists that there is too much "heartless retouching" that are misrepresenting women and it is unneeded, especially when representing today's woman.  So he shot some of the biggest names in french fashion without make-up or touching-up and put them in the french version of Elle Magazine.  I think that Photoshop is a very useful tool but it has definitely been taken too far in this industry and just as the article points out we should have the right to know when a photo has been altered or retouched because as of right now that not the case.